Explore the largest neighborhood in Venice and explore its many charms with this fantastic tour of the Castello district. You will discover the area which is famous for housing the city's old canal shipyard. 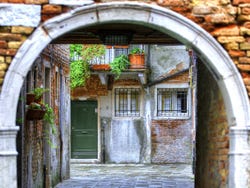 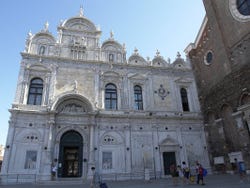 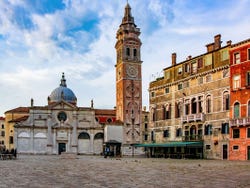 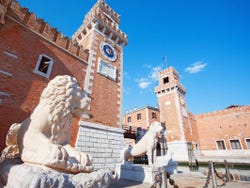 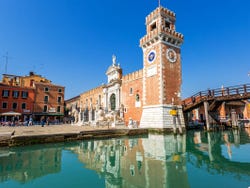 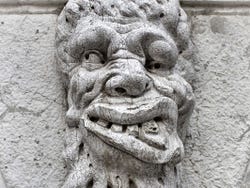 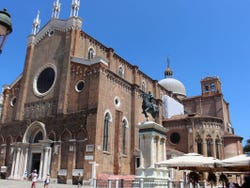 At 4 pm, we will meet up at Campo Santa Maria Nova to begin our tour of the largest neighborhood in Venice: Castello.

During the guided tour we encounter the two faces of Castello, from its most touristic areas to its most humble streets. We will start the tour by learning about the heyday that this neighborhood experienced in the 13th century as a result of the enormous shipyard that was built in this area, now known as the Arsenale, which became the largest naval complex in Europe!

The walk will take us to the façade of the Basilica of St. John and St. Paul, the largest church in Venice. We will reveal to you the legend that explains the location of this Dominican temple which appeared in the dreams of Jacopo Tiepol, who became the supreme leader of the Republic of Venice.

The guided tour will also allow us to visit one of the most beautiful bookstores in Venice. We will then contemplate the exteriors of the parish of Santa Maria Formosa, the Scuola Grande di San Marco school, and other iconic buildings of Castello.

We will see the Doge's Palace, one of the most important monuments in the Italian city. This magnificent building has been used as the Seat of the Government, the Court of Justice, the prison, the home of governors besides more.

We will finish the tour in via Garibaldi between 5:30 pm and 6 pm.

All of our providers comply with local legislation and applicable health recommendations to avoid the spread of Covid-19. Show more

The use of masks is obligatory. Masks will be given to those clients who do not have their own.

The temperature and wellness of all those taking part in the service will be monitored daily, excluding and maintaining in quarantine any who display fever or symptoms.

The capacity of all means of transport will be reduced to 80% of their maximum capacity.

At monuments, museums and attractions, the maximum permitted capacity will be a 80% of the total maximum capacity.

The activity takes place with a guide that speaks in English.

You can book up until 24 hours before the activity as long as there are still places. Book now to guarantee your spot.

All services published on Civitatis are carried out in accordance with our Sustainability Code.

Free! Free cancellation up to 24 hours before the activity starts. If you cancel under this time or do not show up, you will not be refunded.

7.80 / 10 1,225 reviews
Is there anything more typically Venetian than a Gondola? On this tour you'll discover the canals of the city from a different, romantic, and historical point of view.
€ 25
Book
like

9.30 / 10 1,692 reviews
On this tour we will pass through the centre of Venice, taking in its most important monuments: the Doge's Palace and St. Mark's Basilica
€ 99
Book