Verona is one of the most beautiful and most visited cities in Italy. It is also the setting of Romeo and Juliet and the birthplace of various prominent artists like Veronese.

Verona is in Veneto, one of Italy’s twenty regions. It is located 75 miles (120 km) to the west of Venice and very near Lake Garda, the country’s largest lake. The Adige river runs through the city.

Things to do in Verona

There are several landmarks and monuments which are well worth visiting in Verona:

The Verona Arena is one of the most noteworthy Roman amphitheatres in Italy. It is the second largest, after the Colosseum in Rome and it resembles it greatly. During the summer months, the Arena is used for concerts and operas.

Piazza delle Erbe is Verona’s most famous square. During the Roman Empire, it was the town’s forum.  It is surrounded by remarkable buildings with pretty terraces and in the center is a highly interesting architectural fountain. Every morning the Piazza houses a charming little market.

On the northern side of the Piazza delle Erbe is the Torre dei Lamberti, an 84-meter high tower, built between the twelfth and fifteenth centuries which is used as the lookout point of the city.

Juliet’s House (Casa di Giulietta) is one of the most popular landmarks in Verona. According to a legend, the thirteenth century palace called II Cappello was owned by the Capuleti family (Juliet’s family), so every day thousands of people crowd around to see one of the world’s most famous balconies, which was added to the building in 1928. Many write love vows and pin them up on the wall of the palazzo. Inside the San Francesco al Corso monastery, visitors can also see Juliet’s Tomb.

How to get to Verona?

The easiest and most comfortable way of getting to Verona is by train. Several trains depart every hour from Venezia Santa Lucia railway station. The Eurostar trains take one hour from Venice to Verona and a one-way ticket costs approximately 23€. If you are looking for something a little cheaper, you can take a two-hour regional train to Verona.

If you are traveling with a group of friends or with your family, you might also want to rent a car for the day.

Valentine’s Day is a momentous day in Verona. From 13 – 15 February, the city organizes a large party and offers free guided tours and other discounts for couples.

If you visit Venice during the Carnival weeks, you might be lucky and enjoy both festivities, in Verona and Venice. 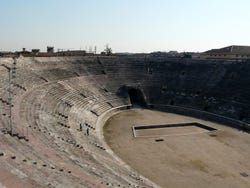 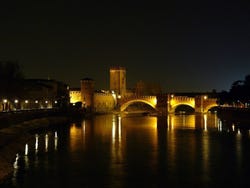 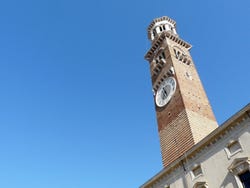 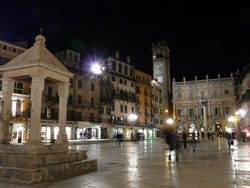 120 kilometers to the west of Venice.