The structure combines layers of different architectural styles, including Byzantine, Gothic and Renaissance. This impressive building houses paintings by renowned Italian artists such as Titian, Tintoretto and Bellini.

The building has been the Doges' residence and public offices since the old castle was built in 810. Over nearly 1,000 years, 120 doges ruled over Venice from the Doge’s Palace.

Visitors will be welcomed by an impressive golden staircase that leads to the second floor called Scala d’Oro. In the palazzo, you will visit the Doge’s Apartments, the courtyard, the Institutional Chambers, the armoury and the prisons.

The Doge’s Apartments are beautifully decorated with works of art by Veronese, Titian and Tintoretto that depict the city’s history.

Subsequently, you will visit the Maggior Consiglio hall, where over 1,000 people would go to vote to decide the future of the Serenissima. This hall contains the world’s largest painting called “Paradise” by Tintoretto.

The armoury contains a vast collection of armaments and weapons from different periods.

The visit finishes in the Dungeons where you will see the prisoners’ cells and humid wells (pozzi) and get a real sense of how awful the confinements were in those days.

Giacamo Casanova, the famous lover of Venice, was the only man to escape the Doge’s Palace prison by climbing onto the roof of the palace in 1756.

You will get to cross the renowned Bridge of Sighs during your visit. The overpass was built in a baroque-style during the seventeenth century to give access to the prisons of the Palazzo. The melancholic name comes from when the men condemned to death would cross the Bridge and see the Lagoon for the last time.

The Bocca di Leone is a curious type of letterbox in the shape of a lion’s head, where citizens would write notes and report against other Venetians that had done something illegal.

If you would like to skip the lines, and discover the best of the palace, take a look at our guided tour:

Guided tour of the Doge's Palace 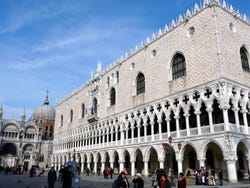 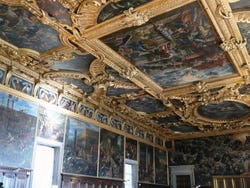 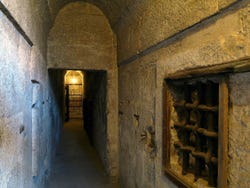 Guided Tour of the Doge's Palace 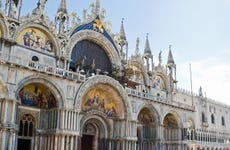 No rating yet
US$ 39.70
show all the activities